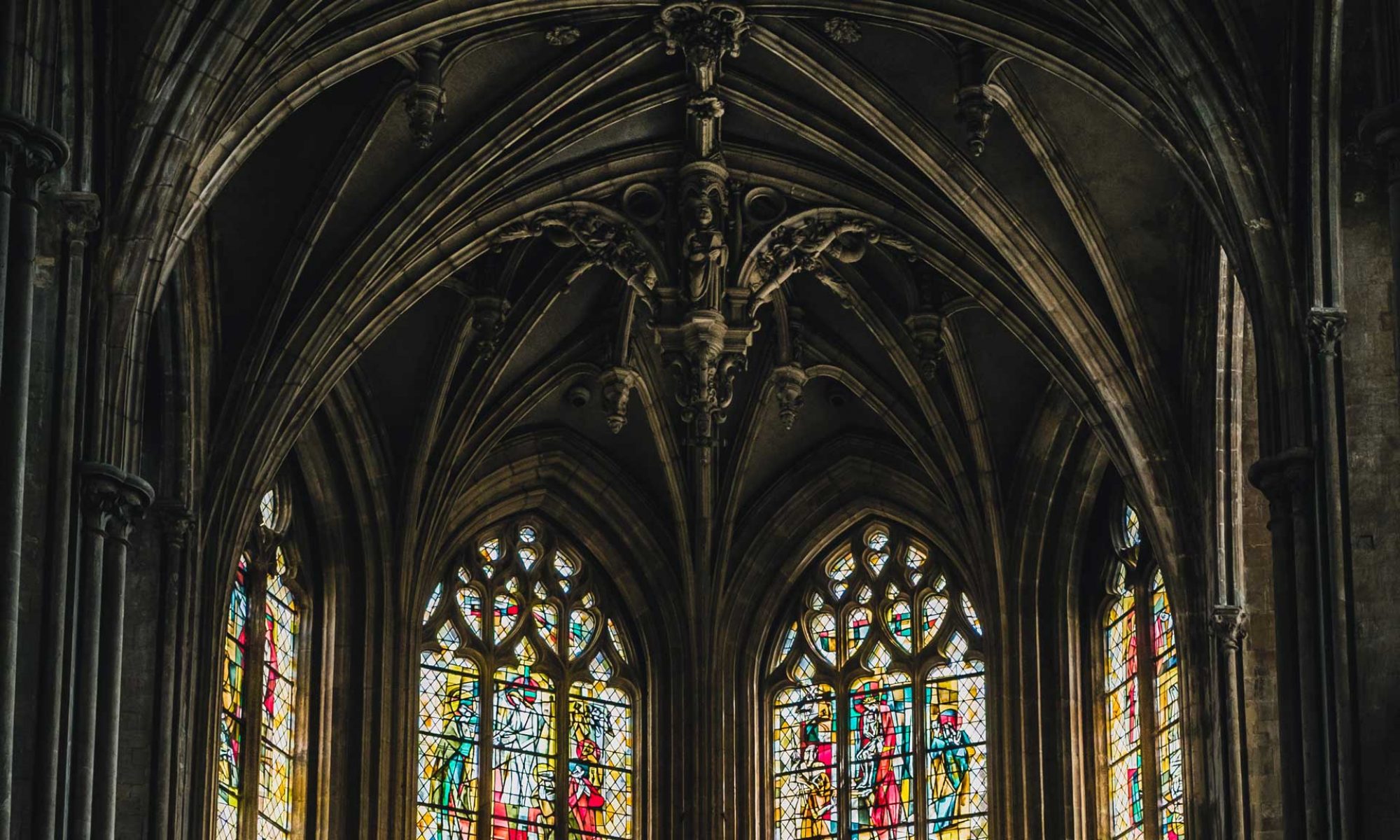 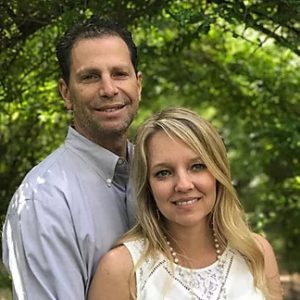 Kenneth Zammit was born in San Diego, CA and baptized Roman Catholic in 1964. He sadly lost his faith at age 18 and slipped headlong into agnosticism, subjectivism, and secular humanism. During this time, however, he earned a B.A. in Physiology from the University of California, San Diego, in 1987, and his D.D.S. from the University of Minnesota School of Dentistry in Minneapolis in 1991.

While completing his certification and Masters Degree in Periodontics from the University of Texas, the Holy Spirit began calling Kenneth home again, with a deep, nagging desire to know objective Truth to be found only in the revelation of the Word of God made flesh, Jesus Christ. Through the simple, yet strong Christian witness of his future wife, Micha, and through intense personal study of ecclesiastical history, Christian doctrine and apologetics initiated by his reading of Karl Keating’s book, Catholicism and Fundamentalism, Kenneth's reversion to the Catholic Faith was realized in 1995. Kenneth practiced Periodontics in Kingwood, TX for 21 years, where he still resides with his wife, Micha, their daughter Lauren who attends the University of Dallas, and their son Austin who attends Frassati High School in Spring, TX. Ken has been active teaching in his parish, St. Philip’s in Huffman, TX.

Kenneth prayerfully founded Fullness of Truth in January 2001 to provide a means of greater regional outreach with the fullness of faith, grace and truth of the One, Holy, Catholic and Apostolic Church. 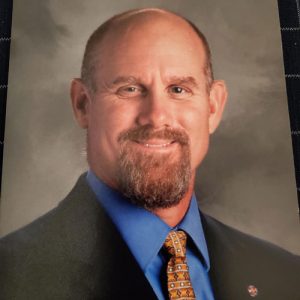 DIRECTOR OF EVANGELIZATION AND DEVELOPMENT

Martin (Marty) Matulia is our Director of Evangelization and Development. He and his wife Melinda have been married for 26 years and are blessed with three adult age sons, Mitchell, Joe, and Philip. Melinda and Marty live very close to our home office in Kingwood.

Marty is a “cradle Catholic” who grew up in Maryland during his formative years. He received an Honors Degree in Political Science with a Minor in Philosophy and Religion from Radford University (Va.) in 1991. He spent one year in religious formation with the Order of St. Augustine (Augustinians) where he studied Theology. Upon leaving the Augustinians, Marty received a Master’s Degree in Politics from the University of Dallas in 1994. He and his wife Melinda were married in Dallas in 1993, and then moved back to Maryland for eight years upon his graduation from U.D.

During this time of raising his family in Maryland, Marty served as a Theology teacher and Varsity Baseball Coach at St. Vincent Pallotti H.S. in Laurel, MD., and served as the Campus Minister, theology teacher, and a baseball coach at Mt. St. Joseph High School in Baltimore.

Upon returning to Melinda’s home state of Texas in 2002, Marty served sixteen years as the Director of Campus Ministry at St. Thomas High School in Houston. He also has taught in the Archdiocese of Galveston-Houston’s “Formation Toward Christian Ministry” catechetical program for the past 17 years. Marty also served on the Board of Directors of Magnificat Houses in Houston for five years, and served as the Chairman of the Board for two years.

After 24 years of ministry, teaching, and coaching, Marty began to explore a new career in Catholic non-profit ministry and development. After pursuing educational opportunities at Rice University’s Glasscock School-Center for Philanthropy and Nonprofit Leadership, and professional Development work with the St. John Paul II Foundation, Mr. Matulia is excited about bringing his expertise in Catholic ministry, institutional organization and Development, and his passion for Catholic evangelization to Fullness of Truth! 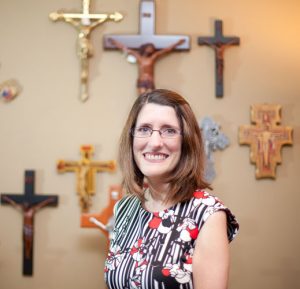 Tammy Yarbrough, our Conference Coordinator, came to us in 2013 and has proven to be a great asset to our team, managing all conference logistics. Prior to her time with Fullness of Truth, Tammy was a paramedic and medical assistant for over 20 years, and spent some time as an apprentice funeral director after earning her degree from Angelina College in Lufkin, TX.

She volunteers at her parish, St. Martha’s Catholic Church, on the RCIA cook team, is an RCIA team sponsor, and is active in the ACTS community.

Tammy loves the theater, cooking, reading, and partaking in outdoor activities with her three daughters, Shelvie, Krista, and Chloe. 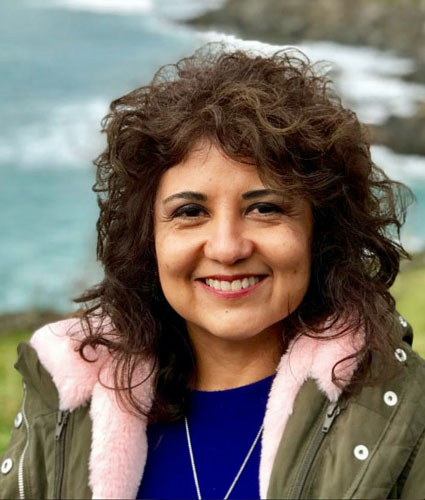 Norma Ybarbo began with Fullness of Truth in March 2016 as the Bookstore Clerk. Previously, she worked for 5 years as an analyst for an engineering firm and 20 years in the financial services industry.

Norma is a member of St. Martha Catholic Church. She participates in the Perpetual Eucharistic Adoration ministry, ACTS ministry and Cornerstone bible study. In addition, she volunteers for Bridges to Life, a prison ministry, with a group of St. Martha parishioners.

Norma is a cradle Catholic and is dedicated to her relationship with God. She is thankful for witnessing her parents, grandparents and relatives practicing their faith. Their devotion prepared her for a journey of transformation with renewed hope and joy. Norma loves to travel, read, and spend time with family, friends, and her dog Trixie. 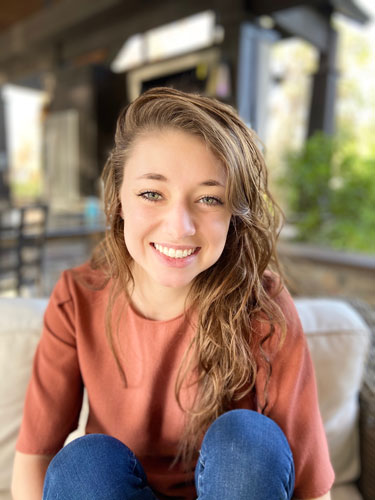 Lauren Zammit is a graduate of Incarnate Word Academy in downtown Houston, TX, and is now attending the University of Dallas in Irving, TX. Lauren is majoring in Biology with a concentration in Ethics, and plans to pursue post-graduate Physician Assistant training to promote the sanctity of life through serving in the medical field.

Lauren greatly enjoys outdoor activities and spending quality time with her family. Since 2013, she has been actively involved in promoting the mission of Fullness of Truth through various roles including assistant store management, customer relations, and technological support. Lauren’s involvement in Fullness of Truth has been a constant influence in her life since early childhood, and has been a daily reminder for her to live out the Gospel with all her strength!

Find awesome listings near you!